This Tuesday I place my second Kathryn Bigelow entry into ILC’s Overlooked Registry. It is (as my title indicates) Near Dark, the 1987 contemporary vampire thriller movie starring Adrian Pasdar, Jenny Wright, Lance Henriksen, Bill Paxton. Over the years, has established quite a cult following. 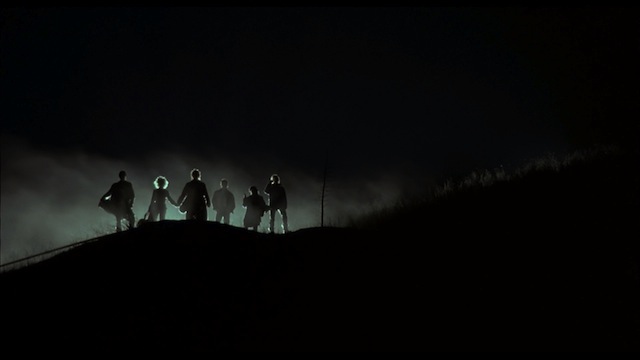 Midwestern farm hand Caleb (Pasdar) meets up with a mysterious young woman Mae (Wright), who, it turns out is a vampire who before they part company, bites Caleb, thus initiating him into the realm of the undead. Mae rolls with a vicious cohort of fellow blood suckers led by Jesse Hooker (Henriksen) who reluctantly take Caleb under their wing.

In a parallel story, Caleb’s father (Tim Thomerson) and sister are in a desperate search for Caleb when it becomes apparent that he has been taken against his will.

Eventually the story threads merge into a denouement that one may not expect in a film such as this (at least in my mind anyways).

I will admit that this film is not for everyone (due to the level of blood and violence) and I left it knowing immediately it would require a re-watch on my part, so I can pick up on some of the details I missed in my initial viewing.

On another level I think that Near Dark is a good opportunity to see the early work of Bigelow, who is best known for her latest war films (Hurt Locker and Zero Dark Thirty) and the FBI/Surfer Dude heist-er (Point Break).

* Please be sure to check out other overlooked/forgotten films over at Todd Mason’s blog, Sweet Freedom.

Zero Dark Thirty had a lot to live up to in my mind – the plaudits (and criticism *) have come in fast and furious, declaring that this is one of the best films of the year while at the same time decrying its depiction of torture and various other crimes, etc. So while I did not really know what to expect (The Hurt Locker, part two, perhaps?). I entered the cinema not knowing what to expect. Well maybe that is a bit of a stretch – considering in general,  I feel  quite safe in Ms. Bigelow’s directorial hands. 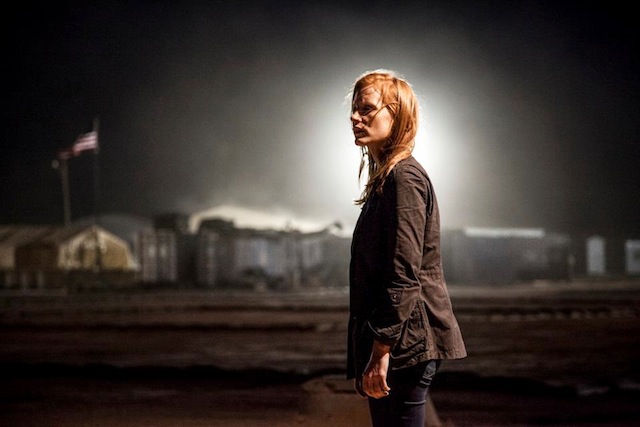 For those who may not know, Zero Dark Thirty is based on true events and tells the story of America’s covert operation to capture the “mastermind” (a term used advisedly) behind the events of September 11, 2001, Osama bin Laden (UBL). It is an unflinching at often at times unsettling look at the frustrations, small victories and major setbacks the intelligence community experienced in the years of infiltrating the terror networks of the Middle East, all in hopes of getting the Al Qaeda leader and many of his cohorts.

Our guide on this journey is the fresh outta Langely Maya (Jessica Chastain). At first she seems slightly ill at ease with seeing up close the tactics used by her colleagues, she gradually grows into her role until it is clear that her singular mission to see justice done to UBL at all costs.

I am certain there are several but one criticism audiences with have with the film is surely the now obligatory use of the “shakey-cam” – nearly a requirement for all military films to convey a sense of action and realism. While I agree that at times it is rather bothersome (especially as I had the good fortune of sitting in the first row of the theater – price paid for getting to a NYC theater ON TIME) it was not enough of a distraction or hindrance to ruin the film for me.

Kathryn Bigelow (I have always been a personal fan of hers) proves yet again to be an auteur at the top of her game.

Kudos to all the performances by the cast; this was an ensemble piece with Jessica Chastain leading the way. As I previously alluded to, there may not have been a great deal of character development given (not really needed, given the overarching subject matter), there was just enough that as the hunt for UBL progressed, Ms. Chastain conveyed the image of a woman on a mission singularly obsessed with personally capturing this target. And by the end, we see the toll this hunt has taken on her; there is a sense of ambiguity I felt at the close – it was not necessarily satisfaction, more relief and a moment to exhale.

If you want to find out more about the CIA character on who the character is based, check out this Washington Post article.

Overall, Dark Zero Thirty is a solid, well-executed military suspense / action /drama (with a couple of chuckle-worthy moments thrown in) that in spite of the audience knowing the endgame, will keep you on the edge of your seat. It has achieved what a lot of films aim to do but just fallen short of – hitting that sweet spot of telling a true life story that has the drama and tension of the best of those stories.

* Note: I know that there are many controversies surrounding the film’s politics – and while I do not want to be dismissive of those criticisms, I have left them out of my discussion of the film. 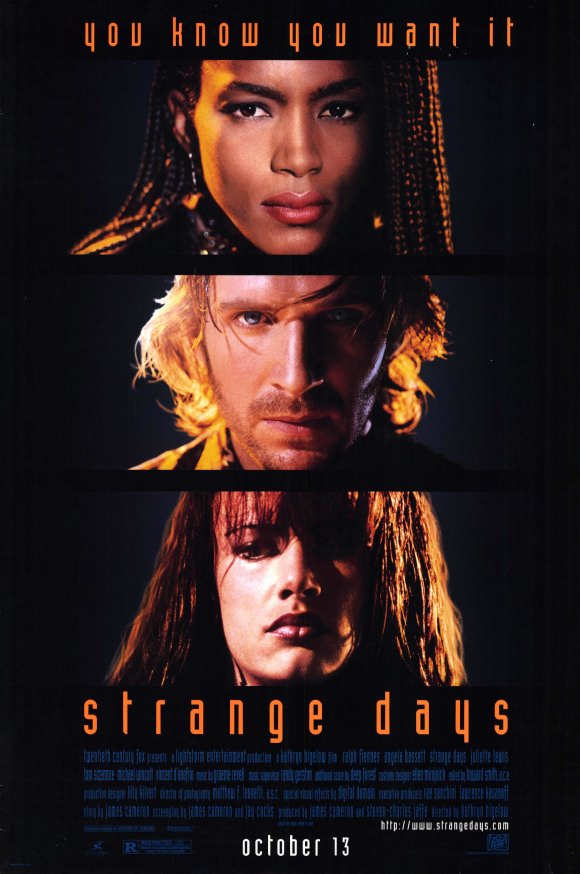