Now I must admit that initially my interest in seeing Pacific Rim was not high at all. Initially I found the trailer a little bit confounding. Sure I knew that it was a Guillermo del Toro film that featured big robots and monsters, but I was uncertain as to whether that would be enough to pique my interest and part with my hard-earned cash. Add to that my general ignorance as to the plot. So, as the release date for this film approached, the most I knew in the lead up was that this is the film delToro did INSTEAD of Peter Jackson’s The Hobbit.

However as 2013 rolled forward and summer blockbuster season drew nearer, I became more and more curious about Pacific Rim if for no other reason that I kept seeing the trailer in the preview of other movies I was seeing. Besides, seeing more of Idris Elba did not hurt matters. Taken in its whole, each step of the way gleaned a much clearer sense of what the film’s storyline. 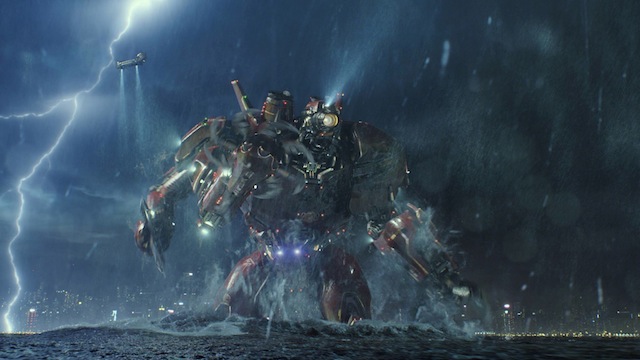 If any of you still have not seen this film and/or generally have no clue what it is about, let me borrow the movie’s official synopsis:

When legions of monstrous creatures, known as Kaiju, started rising from the sea, a war began that would take millions of lives and consume humanity’s resources for years on end. To combat the giant Kaiju, a special type of weapon was devised: massive robots, called Jaegers, which are controlled simultaneously by two pilots whose minds are locked in a neural bridge. But even the Jaegers are proving nearly defenseless in the face of the relentless Kaiju. On the verge of defeat, the forces defending mankind have no choice but to turn to two unlikely heroes—a washed up former pilot (Charlie Hunnam) and an untested trainee (Rinko Kikuchi)—who are teamed to drive a legendary but seemingly obsolete Jaeger from the past. Together, they stand as mankind’s last hope against the mounting apocalypse.

Sounds like fun, eh? So you must be wondering by now what I thought (or maybe not) of it. Well, either way, here you go – all I can say is that I am glad that I bought the hype because what I saw earlier this month was one of the best movies not only for the summer, but for the year as well. My reasoning? Take a look down below for a couple of my thoughts.

This cast is an eclectic mix of performers that really work well together and leave you invested in their mission to move the plot forward. Guillermo delToro has the talent for assembling an interesting collection of people who work well as an ensemble.

Shout-out to An Awesome Heroine

Maybe I am biased because I am a girl but I love when women take care of business on the big screen. Mako (Kikuchi) is equally strong and lithe.  She clearly holds her own. 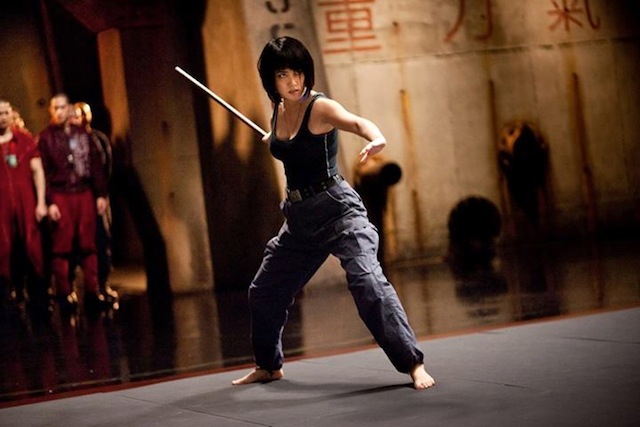 Pacific Rim Knows What is Was & Still Executes it With Aplomb

I will not bother to mention the numerous variations of huge monsters and machines banging about genre of action picture that have graced the silver screen, but let’s say that at best, they are a hodgepodge of loud, spectacular audio and visuals and really not much else. For what it is worth in the case of Pacific Rim there were actually characters that were relevant and that you had some attachment to. Credit where credit is due; see note on cast (above).

Also, I think that for many folks (consciously or not), just because a film’s subject is not what one would consider award-winning cinema (at least on the surface), that thoughtful, deliberate execution should not be applied. As I stated above, just throwing a bunch of stuff at the screen that has people go OOH and AAH is not enough; a lot of movie audiences are smarter than that. Again, credit to the overseer of this endeavor, Guillermo delToro for making an actioner with a little more weight to it.

I know his vision and imagination may not be suited for everyone’s taste (heck, I am still wrapping my head around Pan’s Labyrinth), but he does have a way of blending moments of action, suspense, and emotion with the right amount of humor just for good measure. Here the humor is marked by the presence of  1) the mad scientists (Charlie Day and Burn Gorman, recalling for me classic duos like Charters and Caldicott) and 2) Hellboy himself, Ron Perlmann. 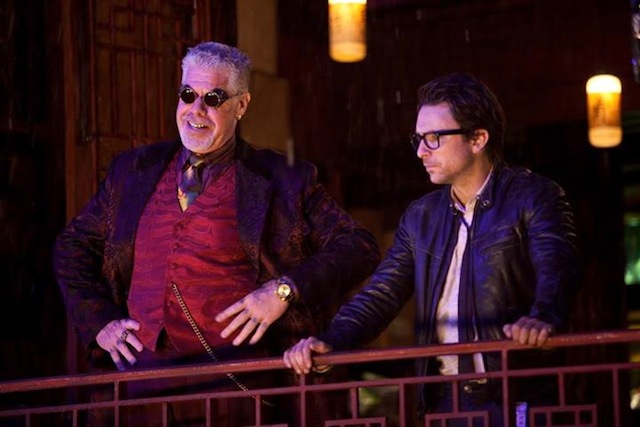 One side note – this is yet another of those rare cases, where I really am glad that I saw the film in IMAX 3D.

In what has thus far been a rather disappointing summer at the multiplex, Pacific Rim was a fun and refreshing addition. This is one that definitely deserves to be seen.