Okay I admit it – I was a Season 1 “Gleek.” And while my enthusiasm for the television series has waned what has not waned is my love for the good ole singing and dancing numbers that sometimes accompany film and television. So when I found out about the film Pitch Perfect you can imagine my anticipation with seeing it. 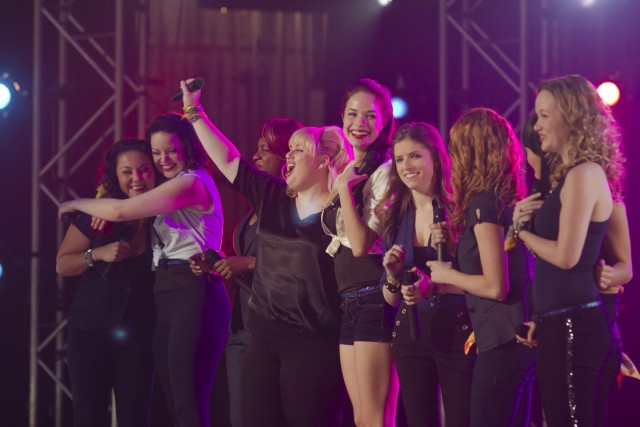 About 90 minutes later, while I found the number routines quite fun, the “narrative” left me a little flat. Not that I think there was much concern for that anyways because most of us were there for the song and dance anyways.

Add to that the fact I am pretty sure I am not the target demo for this film (being well past my teens and all) I can excuse some of the plot contrivances common among teen comedies – most notably the whole “boy meets girl” scenario, band of misfits, etc. – for the sake of some unadulterated fun.

Pitch Perfect was directed by Jason Moore and is loosely based on the non-fiction book of the same title written by Mickey Rapkin. Largely set on the fictional campus Barden University, the film opens at Lincoln Center in New York City; we are smack dab into the final round of a nationwide a cappella competition. The Barden Bellas, the all-female group, experience an unfortunate onstage incident which makes them the laughing stock of their campus and the fodder of ridicule especially at the hands of the award-winning all male rival group on campus – the Treblemakers. 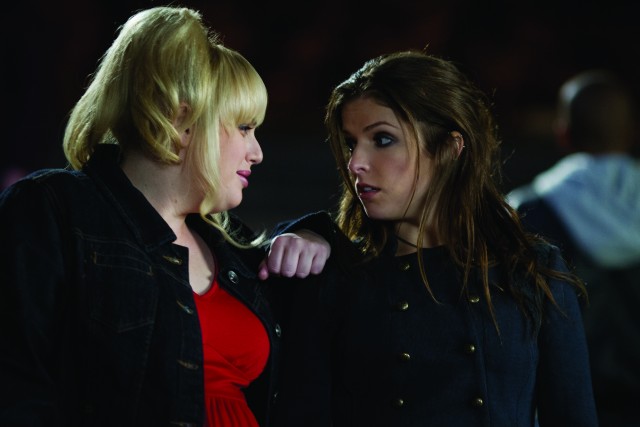 Desperate to right the wrong done to them the Barden Bellas set out on a mission to bring in some new blood – this is where “the misfits” enter, headed y teen wannabe DJ Beca (Anna Kendrick) and “Fat Amy” (Rebel Wilson). It instantly becomes a clash between old and new and rivalries heightened as the march toward a cappella greatness continues …

Ironically, there are a couple of references to another teen oriented comedy from nearly 30 years ago, The Breakfast Club (DANG it is that long ago? I’m old). Unfortunately for me, this reference to that film was a reminder on some level what this kind of genre can be at its most earnest (minus the singing and dancing of course). Okay so maybe that is not a fair comparison to make since Pitch Perfect is not a film that takes itself too seriously. All the more fun!

In addition to some good musical numbers and solid performances by the leads, I was pleasantly surprised to see that the a cappella group from my alma mater – The Hullabahoos – have a cameo in the film. WA-HOO-WA!

But as I said earlier despite this (unfair) comparison, Pitch Perfect ultimately strikes the right note.