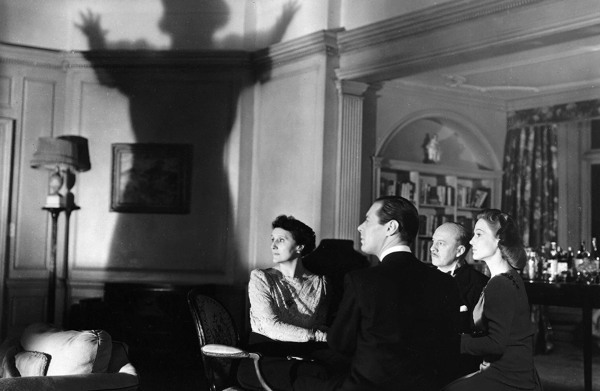 Night Train to Munich deftly blends romance, comedy and suspense to create a great piece of entertainment. Much credit to this must go to director Carol Reed (of The Third Man notoriety) for his ability to combine all of these elements together.

The plot is somewhat generic for WWII espionage thrillers of the period with a few added twists and turns for good measure:

A Czech scientist has some information the Nazis want. As he and his daughter attempt to flee the impending occupation, the daughter (portrayed by Margaret Lockwood) is apprehended and sent to a concentration camp. She eventually “escapes” and heads to England to find her father, who is hidden somewhere in the country. While there, she comes in contact with British intelligence primarily in the form of Rex Harrison. All of this sets the narrative in motion in a race against time to prevent the Nazis from getting their hands on the Czech scientist’s secret.

As previously stated, the plot is somewhat generic for a wartime espionage thriller. Taken in its proper context, this makes sense. The year is 1940 and the film represents a propaganda-styled film designed to boost the morale of a nation deeply in the throws of a war against Germany; at this time England literally must feel like an island unto its own as it is about a year before the United States officially enters the conflict.

According to my research, Carol Reed looked at this film as a “sequel” of sorts to Alfred Hitchcock’s The Lady Vanishes, made two years earlier. While Night Train to Munich shares many similarities to its predecessor, chiefly (1) a main part of the action takes place on a train; (2) the cast includes Margaret Lockwood and the popular Charters and Caldicott (portrayed by Basil Radford and Naunton Wayne, respectively); (3) it features a death-defying climatic sequence of events.

But that is where the similarities end. Notable and welcomed additions to this idea are the presence of Rex Harrison and Paul Henreid. In the case of the latter, Henreid puts on display his fine acting ability and succeeds in convincing the audience that he is a bona-fide “baddie.” This portrayal is in stark contrast to his later heroic turns in both Casablanca and Now, Voyager (both from 1942).

Night Train to Munich takes its audience on a fun and thrilling ride from the Czech Republic to England and Germany.

While you may occasionally catch it on cable (I recently watched it on Turner Classic Movies), it is also available on Criterion DVD at several online retail outlets.