I thought this might be of interest to some of my readers – the title treatment for the forthcoming second chapter in the Alien prequel trilogy, Alien: Covenant:

… and here is the official plot synopsis:

Ridley Scott returns to the universe he created in ALIEN with ALIEN: COVENANT, the second chapter in a prequel trilogy that began with PROMETHEUS — and connects directly to Scott’s 1979 seminal work of science fiction. Bound for a remote planet on the far side of the galaxy, the crew of the colony ship Covenant discovers what they think is an uncharted paradise, but is actually a dark, dangerous world — whose sole inhabitant is the “synthetic” David (Michael Fassbender), survivor of the doomed Prometheus expedition.

Now you might recall my disappointment in 2012’s Prometheus, and will pardon me if I wait to find out more the details of what is in store for us. I expended a lot of goodwill and “blockbuster anticipation capital” for the franchise on the first go around, so my hesitation is really a matter of self-preservation.
At least it does seem as if the films’ creators learned one lesson from Prometheus – they extracted the best thing about that film in my opinion (Fassbender). Now as it stands, and based on my reading of the above synopsis, it might be an interesting cinematic exercise – having a synthetic (of all entities) performing in what is essentially in a “one man show.”
I could take a stab at potential themes, etc. that could be derived from this type of story, but (like I said earlier) it is probably best to wait until I actually have something to view before making any sort of analysis.
We do have a release date – Alien: Covenant is scheduled for release on October 6th, 2017. In other words, we have a little time to mull over our feelings.

Happy Friday folks! Yeah I am a little late to the party but check out the latest trailer for the Ridley Scott-directed, Cormac MacCarthy-penned thriller, The Counselor:

Compared to the previous teaser, this one (obviously) has a little more exposition and provides a little more context as to what Fassbender, Bardem, Pitt and company are up to. Well, we will find out on October 25th when The Counselor is scheduled to drop into a cinema near you. 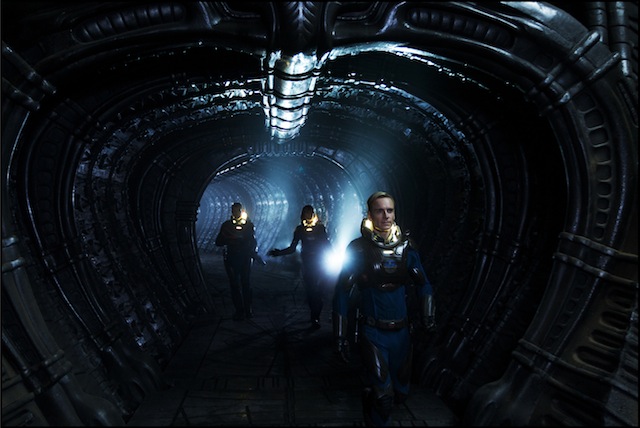