Home Archives for Singin in the rain

Happy Monday all and sundry!

As I was watching TCM, I saw that TCM is teaming up with Fathom Events again. Most recently we were treated to classics Casablanca and To Kill a Mockingbird and now, in honor of the 60th anniversary of its release we have a chance to catch Singin’ in the Rain on the big screen.

The musical comedy stars Gene Kelly (who also received co-director credit with Stanley Donen), Debbie Reynolds and Donald O’Connor and chronicles the struggles a silent film company and cast encounter as they make the difficult transition from silent motion pictures to sound.

This one time event takes place on July 12th, 2012 at select theaters (tickets go on sale 6/8). Be sure to check the Fathom Events website for event locations. 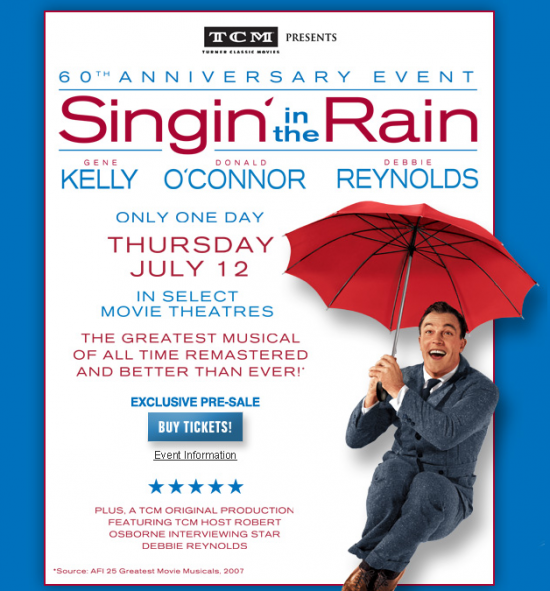