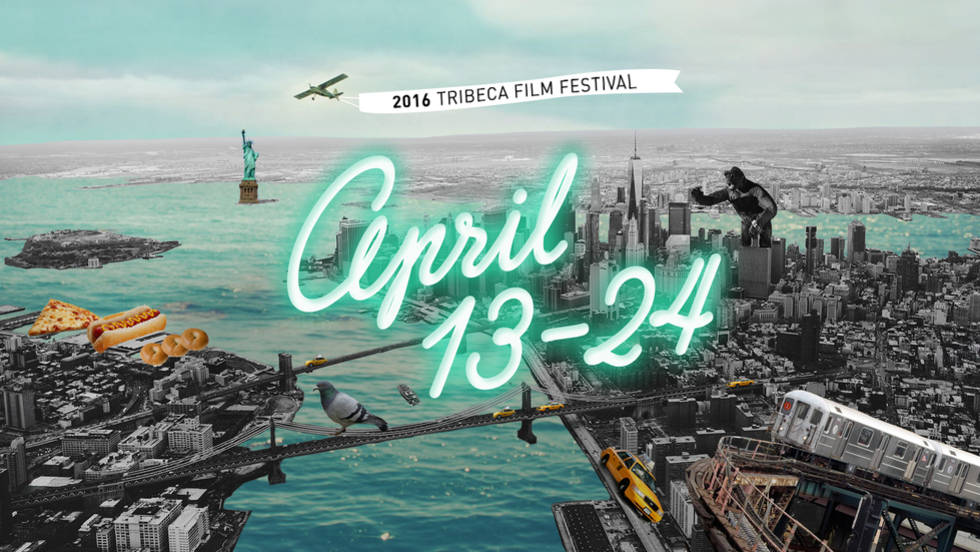 This year, I think I accomplished my mission of balancing out the features I screened between documentaries and narrative. I even managed to squeeze in a short film as the Festival was winding down. In the coming days, I will focus on the films that I felt were of note; much like I did my briefs in the lead up to #Tribeca2016, I will break separate each post by content category – documentary, narrative and short. As the title indicates, I’ll start with the documentaries.

The central questions being asked by this film include:

The journey of The Last Laugh is seen through the lens of Renee Firestone, a 91-year old Auschwitz survivor and anti-genocide activist whose life story serves as a living example of the rewards and risks of using humor in the face of unspeakable tragedy – in Firestone’s case – the events of the Shoah.

Interviews with Firestone and other survivors and their families are intertwined with clips featuring talent including Mel Brooks, Chris Rock, Sarah Silverman and Carl and Rob Reiner as they attempt to tackle these questions as they pertain to Holocaust and other eyebrow-raising topics that may or may not enter a comedian’s oeuvre. These are run along side some really poignant, rarely seen footage of cabarets inside the actual concentration camps. Also among the rarely seen is some newly discovered footage of Jerry Lewis’ never-released, but widely judged to be “ill-conceived” film, the Holocaust comedy The Day the Clown Cried (eek!).

All said and done, you might be wondering if any of the above-listed questions actually led this viewer (ME) to any concrete answers …

.. well, if I were to come down on a side, I think I am in league with Mel Brooks on this one (watch and see what that exactly means).

This film also reiterated for me an already held belief that making fun of something is separate and apart from using humor as a coping mechanism in dealing with the unfathomable.

As for the other “questions” – sure, there is a line that can be crossed in the name of humor; however, where that line is does feel like it is constantly in flux as our society moves further away from one human disaster/tragedy and barrel towards the next one.

Directed by John Dower, My Scientology Movie (BBC Films) stars provocative British documentarian/writer Justin Theroux as he seeks to unmask the world of Scientology. By combining an earnest approach to the subject matter while maintaining a disarming level of levity, I felt I could easily engage with and be entertained and informed by this documentary in a way that I had not experienced in another headline-grabbing Scientology “expose” I recently saw.

While this story is composed of some first hand accounts from former members of the Church, Theroux and company frame this documentary also as a “film within a film;” the interviews are inter-cut with Theroux “auditioning” actors to portray key Scientology figures. Their assignment is to act out what can only be described as some harrowing accounts of life as a Scientologist from many of the very ex-members featured in the film.

As you can imagine, this leads to some interesting encounters.

My Scientology Movie premiered at the 2015 London Film Festival and made its North American debut at Tribeca.

As a child of hip hop, I was fascinated by this film once I saw it on my film festival program – a history and account of Asian hip hop artists.  We are taken on a journey with four performers (Dumbfounded, Awkwafina, Rekstizzy, Lyricks) at varying stages of their respective careers. The Indiegogo-funded Bad Rap (directed by Salima Koroma) chronicles the obstacles these individuals have encountered in trying to break out onto the rap music scene, a scene that is traditionally dominated by Black and Latino artists.

My initial reaction was a feeling of discomfort with some of the actions and behaviors on display by a few of the performers (looking at you, Rekstizzy). My mind immediately jumped to thoughts of cultural appropriation to the point of making a mockery of the cultural phenomenon which is hip hop.

And while that feeling did not entirely go away by the time the end credits rolled, I was left thinking that Bad Rap was a rather interesting piece if for no other reason than it can inspire conversations about the “ownership” of culture culture or who is “permitted” to use a particular medium as a means to express themselves, particularly when that medium is not generally perceived to include members of certain communities.

Next up: Tribeca ’16 Recap of Narratives

I round out my prep for Tribeca 2016 with a look at some of the Shorts Programs playing. For the duration of a feature film you can see a few pieces, threaded together by a common theme. Here are a few programming blocks and a feature (or two) I think are of interest (N=Narrative D=Documentary):

You Can Go (N):  A high school administrator talks down a troubled student.

The Mulberry Bush (N): Two men sit next to each other on an autumn day in Central Park. They make small talk about the weather and the joys of summer. When the conversation turns personal, however, it becomes clear that this is no random encounter, and they are headed toward a startling confrontation.

Wannabe (N): NYC, 1991. During a time of tremendous racial strife, a neurotic Jewish boy must win over his crush by first impressing her skeptical Jamaican family.

New York Then Human stories and New York’s past

Taylor and Ultra on the 60s, The Factory and Being a Warhol Superstar (D): Warhol superstar Ultra Violet (Isabelle Colin Dufresne) and Lower East Side icon Taylor Mead (poet/actor/artist) share their stories of Manhattan in the 1960s.

Dead Ringer (D): There are only four outdoor phone booths left in all of New York City—this is a late night conversation with one of them.

Mulberry (D): This cinematic portrait of Little Italy explores how a working class neighborhood of tenement buildings transformed into the third most expensive zip code in the United States. Part funny, part sad, the film investigates how gentrification and rent control are affecting the neighborhood’s long-term residents.

Starring Austin Pendleton (D): The most famous actor you’ve never heard of; Austin Pendleton reflects on his life and craft while his A-list peers discuss his vast influence and what it means to be an original in a celebrity-obsessed world. Includes interviews with Philip Seymour Hoffman, Meryl Streep, Natalie Portman, Olympia Dukakis, and Maggie Gyllenhaal.

The Carousel (D): In the small town of Binghamton, New York, there spins a 1925 carousel that once inspired Rod Serling and has since become a portal into the Twilight Zone.

That’s it for now. Stay tuned for updates, tweets and some reviews!