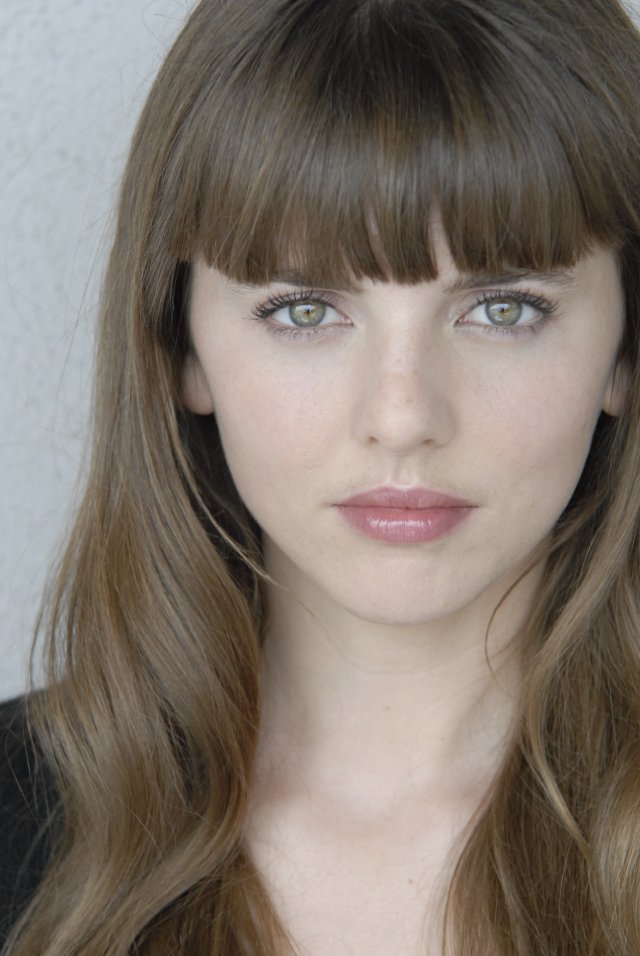 This may be a shot in the dark, but I am going to be watching this young actress’ career over the course of the next couple of years. Her “years active” on her film IMDB Profile state that she has been acting since she was about 15 years old. So that would make her a veteran of sorts.

But a closer examination shows that a great bulk of her big and small screen credits have taken place only since 2009, nearly three years ago.

I first noticed her as a featured actress in Series II of the Masterpiece Mystery program Inspector Lewis, in which she played a wheelchair-bound lovelorn young adult. She has also featured in a few British film productions ranging from the John Lennon biopic Nowhere Boy to the hyper-stylized estrogen-fueled caper/thriller, 4.3.2.1. I have seen the latter and can say she is probably one of the best things about the film. Lovibond also appeared in the ‘guns and geezers’ tale London Boulevard starring Colin Farrell and Keira Knightley.

She has since appeared to start to make a transition to Hollywood with appearances in No Strings Attached and Mr. Popper’s Penguins. Sure these films will probably not anyone’s Top 10 lists for 2011 but for an up and comer, in my opinion these are smart move – don’t dive into the pool for immediate stardom, methodically build up your CV and keep working at your craft.

The work seems to be paying off; 2012 looks like it will be a productive year – a couple of films and a TV series (Titanic: Blood and Steel whose cast includes Derek Jacobi, Chris Noth and Neve Campbell) are currently the pipeline.

It looks like Ms. Lovibond has a lot of things going on. Here’s hoping her career goes from strength to strength.