END_OF_DOCUMENT_TOKEN_TO_BE_REPLACED

Many years ago, I had the great pleasure of seeing Denzel Washington and Viola Davis perform the August Wilson play Fences on Broadway. Fast forward a few years later, imagine my surprise (?) when news came out that they would be reprising their roles for the big screen. Of course, the cynical side of me immediately went to this being the ideal awards-bait. This status was further assured when the release date was announced. Would I allow this cynicism to deter me from seeing what is sure to be a cinematic display of tour-de-force acting (which it was, by the way)? Well, obviously I am writing about it, so I did not let this transient thought dissuade me one bit.

With a screenplay from the late playwright August Wilson and directed by star Washington, Fences is part six of Wilson’s ten-part saga (“The Pittsburgh Cycle”), which chronicles the African-American experience during each decade of the 20th century.

Set in the late 1950’s, Fences tells the story of Troy Maxson (Washington), a Pittsburgh sanitation employee married to Rose (Davis), devoted wife and mother to their teenage child Cory (Jovan Adepo). Troy is a former Negro League baseball player who showed a great deal of promise until his life takes an ill-fated turn. It is this life-altering event which forever changes Troy and leaves him with a great deal of “bitterness,” a bitterness which becomes more apparent as our story progresses. 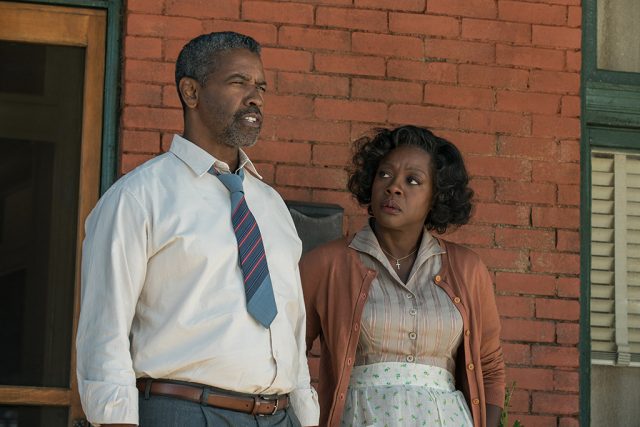 As earlier mentioned, eventually the combined impact of Troy’s feelings about the course of his life and a myriad of forces from the outside world collide and manifest themselves, impacting the internal life of the family; I will leave it to you to see how fences come into play.

Beyond the literal and/or figurative meaning of “fences,” we have a dynamic family drama which unfolds beyond our eyes. Maybe because of my nearly seven-year separation from seeing the stage production, I was able to simply watch and enjoy without playing that mental game of “checking off the plot points.” Not doing this allowed more than a handful of scenes to really pack a punch and emotionally resonate with me.

One thing that always makes or breaks a movie adaptation of a stage play for me is the way in which the environment that surrounds the central action is presented on screen. In other words, how much the “visual world” of the story is represented on film. At its worst, it can go either the direction of being too isolated (maintaining the “single set” feeling stage plays are generally confined to) or go way too big – this usually feels like the film production is all too aware of matters of scale and therefore attempts to remedy this by expanding the movie to what they perceive will make it better suited for the cinema. Fences strikes this balance quite well. In fact, such a personal, intimate family drama lends itself to this visual storytelling.

One final point I had made note to point out as I reviewed Fences was the physicality of Mr. Washington. This is more a credit to how well he has aged over the years than anything else in my opinion, but I do remember thinking to myself as I watched the stage show, that he looked a little young in the role. So fast forward to the film adaptation, and I have to say that just the look of him really seemed to suit the character of a world-weary Troy Maxson much better.

As I reflect on these words, I really did not anticipate that this post was going to heavily rely on me comparing my stage and screen experiences, but I guess that was inevitable, especially as I enjoyed each in its particular medium. Not sure when (and if) this play will ever return to the Great White Way, but in case it doesn’t I highly recommend you take the opportunity to catch it at your local movie theater. 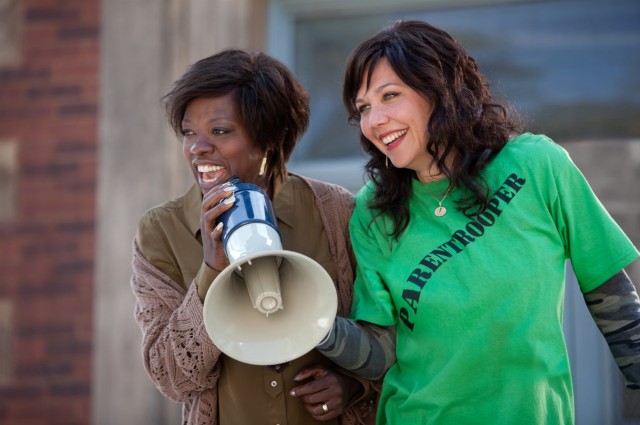