After receiving so many wonderful responses in last week’s post, today I am resuming regularly scheduled programming for Todd Mason’s ‘Overlooked Films’ internet meme … (be sure to visit his site for additional titles).

This week my fascination with Cary Grant continues with my selection – Alfred Hitchcock’s Suspicion from 1941.

The film is based on the English novel, Before the Fact written by English novelist Anthony Berkeley Cox (under the pen name of Frances Iles).

As the good folks at Fear.NET stated:

From the very beginning of this film, Cary Grant does an excellent job of being both charming and just off-balance enough to keep his beautiful wife Joan Fontaine (and the audience) guessing about his intentions, which may or may not be quite diabolical.

How true this statement is. While Suspicion is never considered in the upper ranks of his later masterpieces (principally from the 1950’s), this film is notable in that it was the director’s first of many collaborations with Mr. Grant. In giving Grant a charming yet fiendish streak, Hitchcock was taking a big risk with one of Hollywood’s most beloved stars.

In fact, it was long rumored that an “alternate” ending scripted in which Lina’s suspicions of Aysgarth proved correct, keeping in line with the source material. This however has been disputed by Hitchcock biographer Daniel Spoto in his book The Dark Side Of Genius: The Life Of Alfred Hitchcock.

For her performance, the lead actress (Joan Fontaine) was awarded the Academy Award for Best Actress (although her performance in the previous year’s Rebecca has much more layers and gravitas). 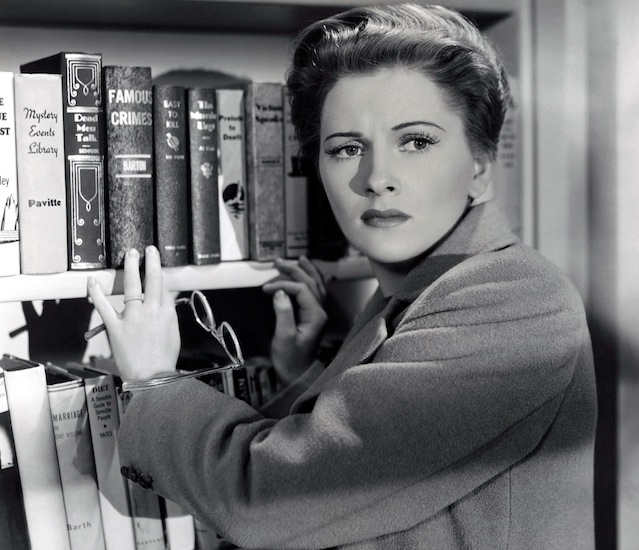