This week I decided to change things up a little instead of choosing a traditional overlooked film, I would like to focus today’s post on a film that I have overlooked until recently.

It is the 1936 film Dodsworth, directed by filmmaker William Wyler with a screenplay adapted from the Sinclair Lewis novel and play (by Sidney Howard) of the same name.

For some reason I had in my mind that this film would be a taxing, cumbersome exercise to get through. The reality was far from that – Dodsworth is a cleverly written, expertly provocative look at a disintegrating marriage, among other things. 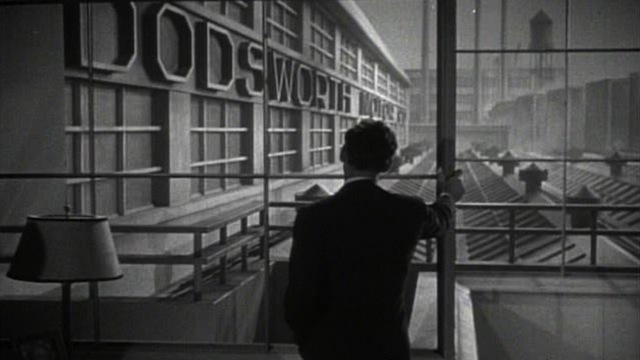 Sam Dodsworth (Walter Huston), automotive titan, is selling up and retiring from the business. At the urging of his wife Fran (Ruth Chatterton), they soon pack their bags and set sail for Europe. It is evident early on, that this seemingly happy couple have divergent interests, especially on the part of Fran, who is obviously bored with her husband’s perceived lack of refinement. For his part, Sam tries in vain to hold the relationship together, even as he crosses paths with divorcee Edith Cortright (Mary Astor was never lovelier).

The writing is sharp and nuanced and the performances were expertly delivered:

Quite fascinating (in a good way) dialogue exchange. #Dodsworth #TCMParty

Ruth Chatterton shines as the wayward wife who is seeking a thrill anyway and with anyone who she can. She is, in my opinion, a rather opportunistic, loathsome creature trying to hold onto her youth (via any available man). However her time has long passed and she comes off looking absolutely ridiculous. This frivolous and reckless behavior bears fruit in the final act – Fran gets her comeuppance at the hands of scene-stealing Maria Ouspenskaya, in her role of Baroness Von Obersdorf, whose son is Fran’s latest Continental conquest; as I stated in my tweet from the evening viewing:

mama is hearing none of it! #Dodsworth #TCMParty

As I stated during the #TCMParty tweeting event, Walter Huston is an actor that I know his renown for his talents and has featured in a couple of films (at least) that I like, including The Devil and Daniel Webster and The Treasure of the Sierra Madre, but in terms of giving him his full props as an outstanding stage and screen actor. In this film, he plays the ups and downs (and downs) of his character convincingly and with aplomb.

Rounding out the standout performances for me is Mary Astor. Absent is the hard-boiled noir dame of my cinematic imagination to be replaced by a totally empathetic, soft, warm woman who you cannot help (like Sam Dodsworth) be drawn to her.

“What do you suppose any lone woman wants?” Mary Astor is a genius in DODSWORTH #tcmparty

I watched the film with my fellow #TCMPartiers Sunday night and had a blast! Thanks to all of my twitter buddies that encouraged me to continue to watch along (even if I am a bit bleary-eyed the following morning).

Be sure to check out other “overlooked” or forgotten titles on Todd Mason’s blog, Sweet Freedom.