Home Fun Stuff Cinema Under The Stars (and on Rooftops)!

Whether you are on the East or West Coast, or anywhere outside and/or in between, this is a wonderful time of year to go outdoors and enjoy the balmy summer nights. For purposes of this blog, I will focus on two events on the East Coast since I live here 🙂

One tradition that I continue to pass up year after year is the Bryant Park Summer Film Festival. This year I have made a solemn vow to myself that I WILL attend the screening. Be sure to check out the link above to see what is on show starting June 17th (Tootsie). ILC’s Personal Picks: Invasion of the Body Snatchers (6/24), Frenzy (7/1),  Hush … Hush Sweet Charlotte (7/17), The Women (8/12). 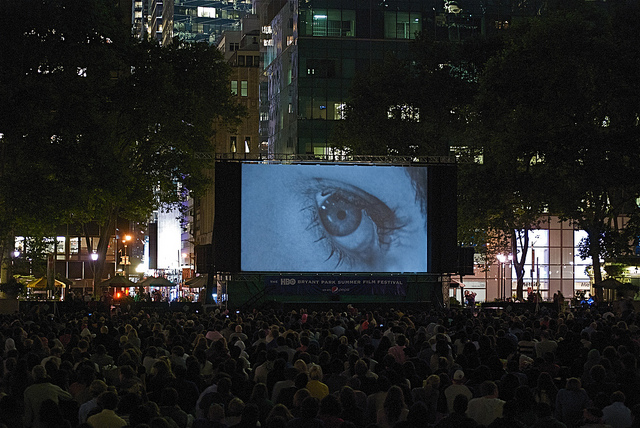 Another NYC event is the Rooftop Film Festival –

Now in its 16th year, Rooftop Films is a New York based non-profit whose mission is to engage diverse communities by showing independent movies in outdoor locations, producing new films, coordinating youth media education, and renting equipment at low cost to artists.

Each screening is preceded by a live musical performance and concludes with an post-screening party. Earlier this month, I had the pleasure of attending their opening night event, a screening of Frances Ha. 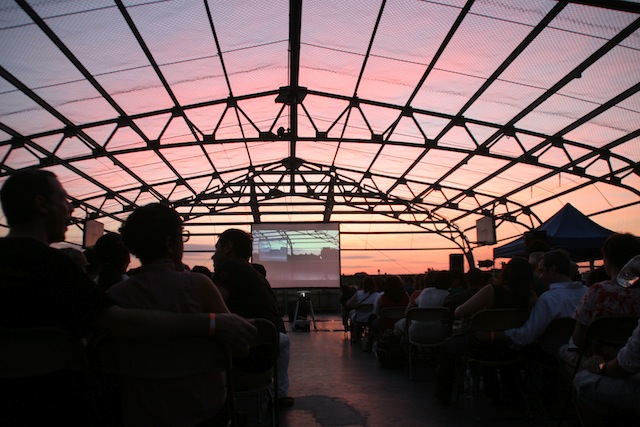 Here are some other fun ways to watch films outdoors in the Greater NYC area:

What are your favorite summer related cinematic activities? Share your thoughts in the Comments section. I particularly would love to hear what folks in other cities have as outdoor cinematic options!