Earlier this week, I entered the screening of Hitchcock with the highest of expectations, given my given love of the director’s body of work. Ninety minutes after seeing the film, I arrived at the following conclusion – in spite of an interesting premise and my enjoyment of several key elements of the film, ultimately was a hodgepodge of comedy, suspense, psycho-drama and, at the center of it all, the personal and professional lives of husband-wife-collaborators Alfred Hitchcock and Alma Reville (Anthony Hopkins and Helen Mirren, respectively).

Based on a the book “Alfred Hitchcock and the Making of Psycho” by Stephen Rebello and directed by Sacha Gervasi, the movie starts with a rather startling opening sequence, made lighter by the presence of Hitch (Anthony Hopkins) giving a direct to camera monologue in the style of his television show “Alfred Hitchcock Presents.”

Immediately there is a shift to the premier of the 1959 classic North by Northwest. Hitch was in a pickle – he was looking for the next story; circumstances brought the true-crime book Psycho to his attention. 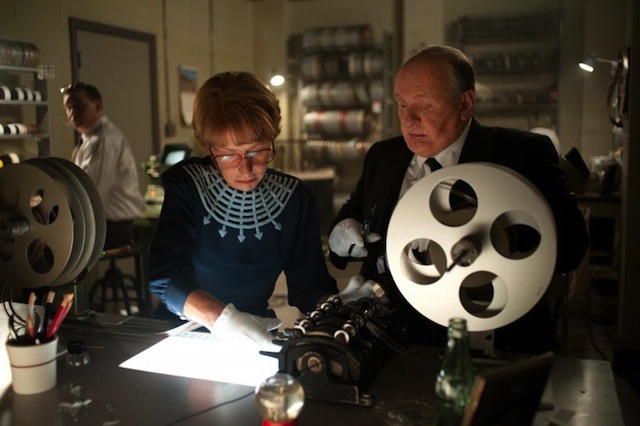 As Hitch becomes deeply immersed in the world of Psycho, the audience is given a glimpse into Hitch’s well-documented obsession with the “cool blondes” and the impact it had on his marriage. This collision of his personal neurosis and an increasing fixation on Ed Gein (the inspiration for the Norman Bates character) leads to slightly creepy yet at the same time misplaced sequences when Hitch is working out some of his darkest thoughts with the serial killer.

As I previously stated, the actual “story” of the behind-the-scenes of Hitch’s 1960 horror classic, Psycho is basically the b-story. But even in that regard, it is a well-developed sub-plot involving the making of the film.

Anthony Hopkins yet again proves that in spite of not looking like The Master of Suspense, he is able to (in great part this time through the magic of movie makeup) totally embody a character – whether fictional or real-life – almost without fault. The cadence in his voice was spot on. Equal kudos to Helen Mirren, who delivers a solid performance. She gives weight to the woman behind the man, a woman who may be unknown to many audiences but who in her introduction for many audience members to the woman behind the genius who was a genius and creative force in her own right.

A welcomed pleasure for me was the work of the supporting cast – especially from Jessica Biel (Vera Miles) and Scarlett Johansson (Janet Leigh). When I first heard of this project and saw the casting news, I had some reservations about how this would work – but it did. There were additional noted turns by James D’Arcy (Anthony Perkins) and Toni Collette as Hitch’s personal secretary. 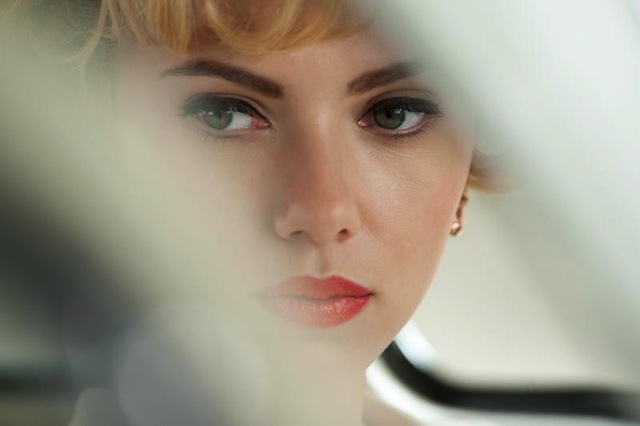 And now for a few things that were not as effective for me. I have already mentioned the dialogue between Hitch and the Ed Gein of his mind was a little unsettling for me (maybe I am just a scaredy cat). In addition, the “direct to camera Hitch” presentations were a bit misplaced for me.

Script wise, I felt the dialogue had too many hints of exposition and information whose context would only be known with the benefit of hindsight. I cannot imagine any of the characters capable of delivering some of the words naturally in real life. However, let me play Devil’s Advocate to my own argument – I suppose this is due to screenwriter John McLaughlin creating dialogue based on the information from the source material – information that likely has the factual and reference points. That said, it just did not translate well as on-screen dialogue for me.

Another thing that did not sit well with me is the handling of the central relationship between Hitchcock and Reville. The fact that a tertiary character (in the form of Whitfield Cook, portrayed by Danny Huston) was inserted to form a potential romantic rivalry seemed unnecessary. I think just looking that the two people and not placing an emphasis on an “interloper” would have been more than enough.

Perhaps I am a little too close to the subject matter and am just being really picky. That said, let me take a step back and think about it for a moment; the question ultimately is do I think that a non-Hitchcock obsessive would enjoy this film? And unfortunately, the best answer I can come up with is maybe. 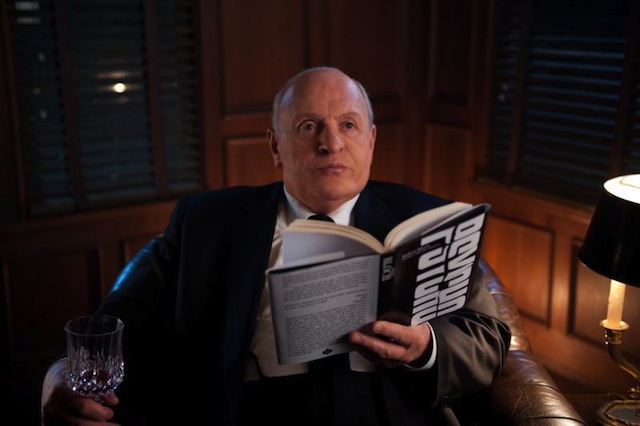