Several months ago, while watching the miniseries The Story of Film – An Odyssey, I was taken with a clip from the early silent Laughing Gas (1907, dir. by Edwin S Porter) and its lead, Bertha Regustus. Not only did she strike me with her beauty and affable appearance, what I found most appealing about her (and the film) was, despite being African-American, this was not a ‘race film’ (quite something for the time) and that her character’s, ethnicity played no factor in the narrative, also unique for its time. In the central role, Mandy (Regustus) visits the dentist’s office in excruciating pain. As part of her treatment, she is administered laughing gas and …

… on her way walking home, and in other situations, she can’t stop laughing, and everyone she meets “catches” the laughter from her, including a vendor and police officers.  (Source: Wikipedia) 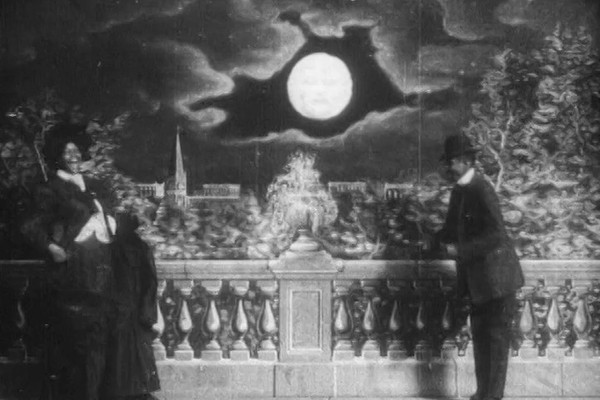 I also found this wonderful scene-by-scene account of the film, which runs around eight and a half minutes in length. But you do not have to take this author’s word for it; go ahead and watch it below!

Nearly a year later another film with the same plot and title was produced. These pieces were produced presumably to demonstrate the power and contagious nature of laughter (Source: Kino Lorber). 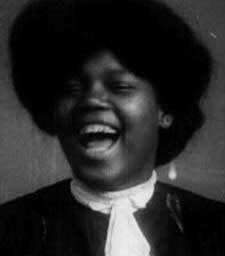 Since that evening, the image of her face, frozen in rapturous laughter, has been indelibly marked on my brain. I resolved to make it a goal of mine to find out as much as I could about Regustus’ life and work.

Cue the montage of me spending what felt like a long time devoted to internet exploring; alas, the results proved scant. The Internet Movie Database (IMDb), produced one very intriguing fact – that this was in fact her only film credit. Undaunted, I charged ahead with a similar measure of success. This deeper dive yielded little else, save for a brief mention in an article featured in a 2013 Highbrow Magazine.

At this point, I come to you, fellow lovers of film and film history – have YOU heard of this early African American artist, quite possibly cinema’s first major African-American film star? Please share in the Comments section below.

In closing, this remarkable mini-adventure of mine has shown me the beauty and ultimate tragedy of this medium we all love so much – while it captures fleeting moments of joy for our entertainment, its players are preserved for posterity, and/or in this case, lost to time.