Home Archives for mother and child

I am writing this on a Saturday because I want to make sure that I get everything down. Rarely, I mean RARELY do I venture to the land of Lifetime – Television for Women (I have my reasons). But very interesting sight of Samuel L. Jackson and Naomi Watts in bed TOGETHER made me stop in my tracks.

What I watched over the course of the next couple of hours was honest and well-performed (if not a bit melodramatic in some movements, but all is ultimately forgiven) – and also this week’s ‘overlooked’ film – 2009’s Mother and Child. 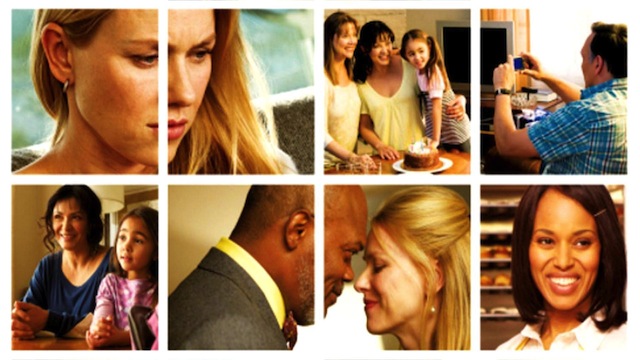 Written and directed by Rodrigo Garcia, it should surprise no one how the intersecting lives narrative works. Here, the central theme is (as indicated by the title) are the various women’s relationship to motherhood.

From the main cast down to the supporting players (Shareeka Epps, Lisa Gay Hamilton, Cherry Jones, David Morse) this film is so well played that I stayed on Lifetime (even watching a preview of The Client List) until the film’s conclusion.

Be sure to check out other overlooked titles at Sweet Freedom!