The final film of renowned French filmmaker Alain Resnais (Hiroshima mon amour, Night and Fog), Life of Riley is adapted from the play Alan Ayckbourn’s of the same name. It tells the story of a group of friends coming to terms with the imminent passing of one of their own, the unseen George Riley.

Of course it can’t be THAT straightforward – as there are romantic entanglements and complications which remind the players (and the audience) that even in the midst of death, there is still a lot of life to be enjoyed. 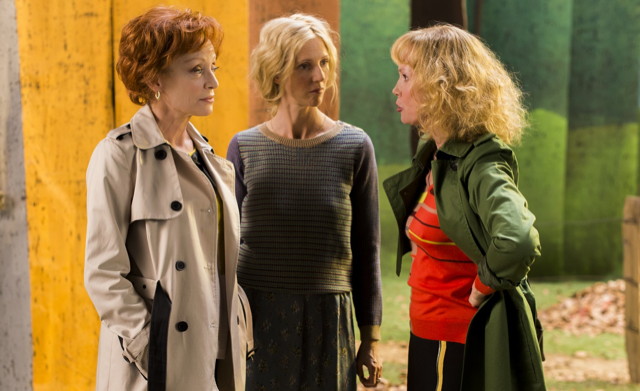 Set in the English countryside, Life of Riley comes off as a sort of contemporary comedy of manners. Sure at the center of the action is a morbid cloud of death looms large over the party, this film manages to balance this maudlin sentiment while also delivering some laughs for the audience.

A work of pure imagination – location shots and traditional cinematic production design crafted to replicate the real environs of the world of the rural English middle classes, is replaced with a creative mix of still photography, closeups, ‘pop’-ish renderings and sets that look like they are taken directly from a stage production.

Initially, it was a bit of a jarring experience. But once I settled into the film I was able to go with it and enjoy it.