After a long delay, I have recently seen Sherlock Holmes: A Game of Shadows. Since the pleasant surprise of the first Guy Ritchie–Sherlock Holmes film, I was really looking forward to seeing this film. But life often took over and I missed catching it in the cinemas. On a recent trip back from California I had the opportunity (and pleasure) to see this much-anticipated sequel. 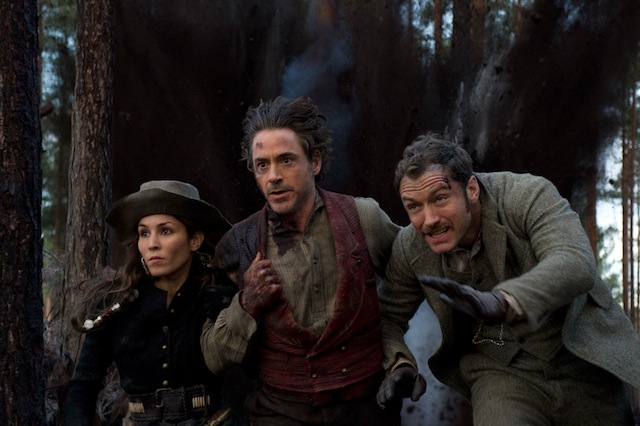 There is a new criminal mastermind at large—Professor James Moriarty (Jared Harris)—and not only is he Holmes’ intellectual equal, but his capacity for evil, coupled with a complete lack of conscience, may give him an advantage over the renowned detective. Around the globe, headlines break the news. No one sees the connective thread between these seemingly random events—no one, that is, except the great Sherlock Holmes, who has discerned a deliberate web of death and destruction. At its center sits a singularly sinister spider: Moriarty. Holmes’ investigation into Moriarty’s plot becomes more dangerous as it leads Holmes, Watson and companion Madam Simza Heron (Noomi Rapace) out of London to France, Germany and finally Switzerland. But the cunning Moriarty is always one step ahead, and moving perilously close to completing his ominous plan. If he succeeds, it will not only bring him immense wealth and power but alter the course of history.

If I were to sum up my reaction to this film, I would have to say in many ways I liked it just as much as the original film. The narrative is tight, as it is primarily focused on the battle of wits between Holmes and Moriarty. 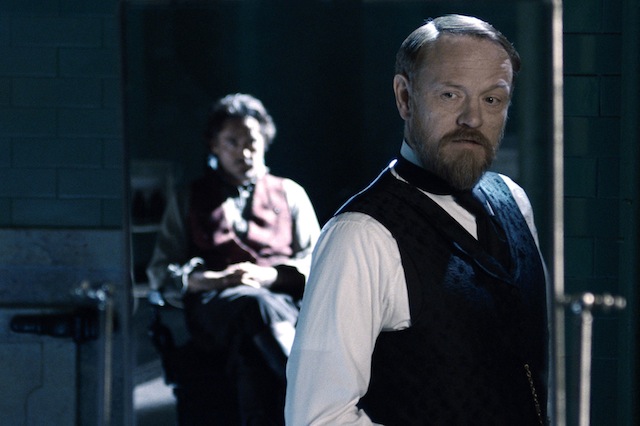 Much of the film’s success rests on the chemistry between Downey and Law. And they do not miss a beat. Watching them play off of one another is well worth the price of admission. 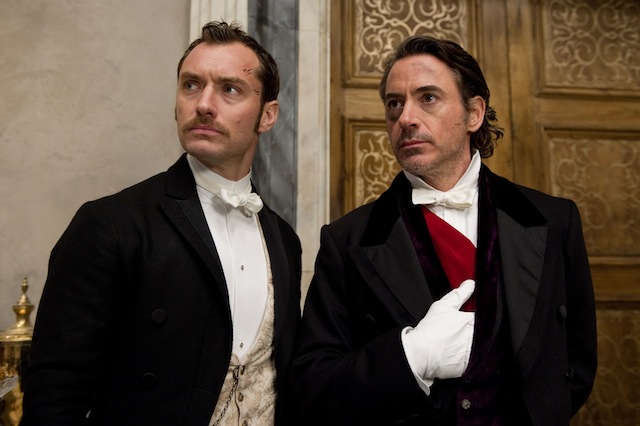 Arch-villain Dr. Moriarty (Jared Harris) is equal parts cunning and devious. I know very little about Mr. Harris’ previous work except for the fact that he is the son of the late Richard Harris. Well, actually, that is not true; upon examining his IMDb entry more closely, I realized I kinda sorta know who he is (from his work), I just had not realized it 🙂 Anyway, he was a good antagonist and held his own against Downey’s master sleuthing.

The presence of supporting cast members Stephen Fry (as Holmes’ brother Mycroft) and Noomi Rapace added to the fun. In particular, the light comedic touch of Mr. Fry and his character’s ‘sibling antipathy’ aimed at his younger and more clever brother provided a great deal of levity to the increasingly tension surrounding the other events of the film.

What else is left to say but that Guy Ritchie does it again! He has produced an entertaining, action-packed film that does not disappoint.

As a fan of both the film series and the source material I am looking forward to Sherlock Holmes 3!