Last week I was invited to and attended a Sundance/Ford Foundation First Look at one of the documentaries in competition at the 2012 Sundance Film Festival – How to Survive a Plague directed by David French. The film was a project of the Sundance Institute’s Documentary Film Program (DFP). 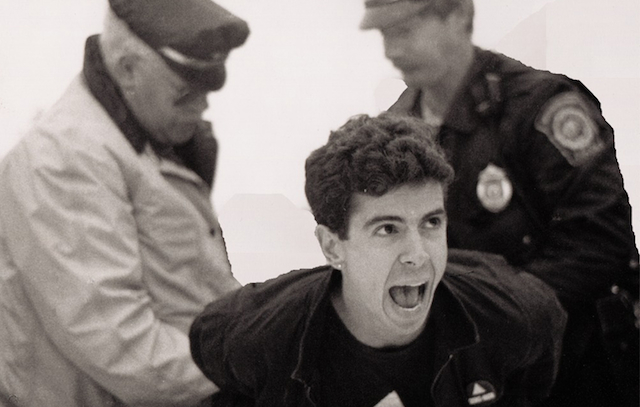 This ‘first look’ was an opportunity to watch a work in progress, a wonderful behind-the-scenes insight into the film making process.

We were treated to a two series of clips from the film; at the end of the sequence, Mr. France was accompanied on stage for a panel discussion by:

Terry McGovern, senior program officer at the Ford Foundation, moderated the panel discussions. The discussions provided some perspective and context to what we had seen in the preceding clips.

There are a multitude of things to be said about this film. For one, I was amazed about just how ignorant I was about what was going on essentially on my doorstep during this critical time. Granted I was very young, but in hindsight I feel like I should have been slightly more informed. The film has a very profound statement to make about the history of “treatment activism” and its relevance in the world today.

Secondly, as was indicated in the second panel discussion (which lead into the open mic question and answer session), there is so much more of the story to be told. While the ‘plague’ is pretty much under control in many segments of the Western World, there are still pockets in the West and even greater parts of the developing world that are suffering through the AIDS crisis and for whom AIDS is the dominant global health concern.

One final thing I observed as a result of watching the various film clips is that the film is the perfect way to memorialize the trove of recorded material (primarily amateur) the filmmaker had. This became a talking point during the course of the Q&A session – David French mentioned that this is the first time much of the video footage has been seen by the public. In fact, a lot of the footage was originally recorded on VHS tape; How to Survive a Plague saved a lot of this material from being lost forever.

The pieces of the documentary that we saw were equally informative, sometimes humorous and overall very touching; so touching, that many of the members of the audience were moved to tears at a couple of moments.

At the conclusion of the evening, it seemed that the hope of Mr. French and all those involved in the film project is that in revisiting this recent chapter of healthcare and social history, the documentary will reignite the discussion and lead the next generation of those directly impacted by AIDS crisis voices to be heard.

Once finished, I am sure the will be a great visual history lesson exploring how the rage of a group of individuals was corralled and eventually channeled into effective activism.

Faced with their own mortality, an improbable group of mostly HIV-positive young men and women broke the mold as radical warriors taking on Washington and the medical establishment. How to Survive a Plague is the story of two coalitions—ACT UP and TAG (Treatment Action Group)—whose activism and innovation turned AIDS from a death sentence into a manageable condition. Despite having no scientific training, these self-made activists infiltrated the pharmaceutical industry and helped identify promising new drugs, moving them from experimental trials to patients in record time. With unfettered access to a treasure trove of never-before-seen archival footage from the 1980s and ’90s, filmmaker David France puts the viewer smack in the middle of the controversial actions, the heated meetings, the heartbreaking failures, and the exultant breakthroughs of heroes in the making.

David France, a New York magazine contributing editor, was the longtime national affairs editor at Glamour and senior investigative editor at Newsweek until 2003. His work has been published in nearly every major magazine in the country, including The New York Times Magazine, GQ, The New Yorker, Vanity Fair, and Rolling Stone. France has received the National Headliner Award, the GLAAD Media Award, and top honors from the New York Press Club and Amnesty International. How to Survive a Plague marks his documentary film debut.

To find out more about this film, go to the Official Facebook Page.