In doing my somewhat regular internet rounds, I came across a film that could be a rather interesting watch; it is called Lola Versus, and is directed by relative newcomer Daryl Wein.

Greta Gerwig plays Lola, a 29-year-old woman dumped by her longtime boyfriend Luke (Joel Kinnaman) just three weeks before their wedding.  With the help of her close friends Henry (Hamish Linklater) and Alice (Zoe Lister-Jones), Lola embarks on a series of desperate encounters in an attempt to find her place in the world as a single woman approaching 30. 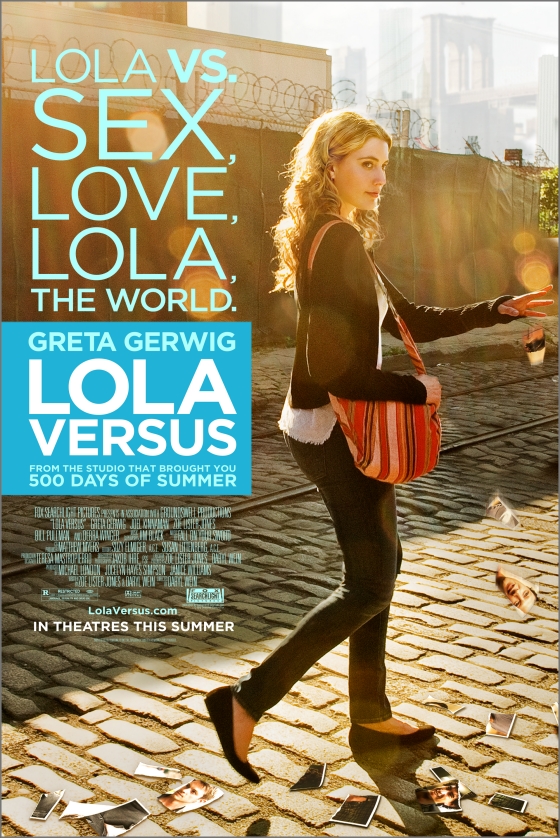