Home Documentaries My Thoughts on “The Story of Film: An Odyssey”

Originally released in the UK in 2011, The Story of Film: An Odyssey got its US television broadcast premier Monday night (9/2) on TCM. An inspired piece, the documentary spans 15-episodes and is presented by UK-based film critic Mark Cousin, its content adapted from his 2004 book The Story of Film. Each episode covering a fixed span of time serves as an “introduction” to a series of films related to the theme of the episode. 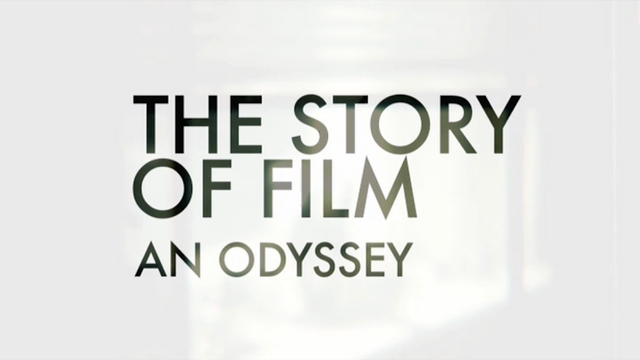 What is it about you may ask? Well, it is exactly as advertised on the tin – it traces the history of cinema as an art form, starting with the visionaries and pioneers (Edison, Lumiere Brothers) and eventually working its way up to contemporary cinema.

How it gets there is unique to say the very least. It is often a personal insight that combines history with the more technical aspects of the movie-making process, all the while interconnecting these elements to the entire world of cinema, past and present. In that way it truly spans all corners of the globe and looks at film from a decidedly international perspective.

Be warned, as I was earlier in the evening: it does contain some plot revelations (“spoilers”) to films that you may have yet to see; for example, in the first episode (the only one I have seen so far), the ending of Once Upon a Time in the West was revealed. Will this stop me from watching? Heck nah. I find the history and the various clips chosen to accompany the documentary far too compelling to turn away.

It should also be noted that the documentary is narrated by Mr. Cousins himself, and is delivered in what I can only describe as an unconventional manner. I suppose may be due in part with his rather distinctive brogue (although Northern Irish, Mr. Cousins is currently based in Scotland). Another characteristic I have surmised early on is that some of the statements made by M. Cousins may come off as rather jarring and opinionated. In his preamble to Episode 1, he states that Casablanca is not a classic film. What the … ? However, upon further reflection, I realize this does not mean that he is saying the film is bad or unworthy of special merit, praise or noteworthiness, but rather I suspect/hope he is trying to blow wide open, to challenge and expand our notions about what he calls “the language of film,” in a way that moves beyond films being merely a Hollywood convention. In other words, Casablanca may very well be a landmark of American film making history, but it is just one in a larger canon of what makes cinema CINEMA. Even in this light, or maybe because of this, I am here for all of it.

The Story of Film: An Odyssey will air new episodes every Monday night through December, with a repeat airing on Tuesday, although the accompanying films will be new each evening.

Have you seen this documentary (in part or in whole)? Share your thoughts in the comments below.