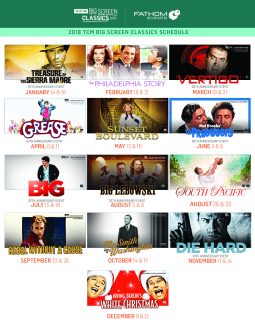 First off, Happy New Year everyone!

There is no doubt that the collaboration with TCM and Fathom Events has been a successful way for many to get a glimpse of classic films in the way they were intended (on the big screen).

For 2018 they have given the planners amongst us a wonderful gift – the pre-announcement for ALL the films that will be shown at a multiplex near you for the whole of 2018.

Click here for a downloadable copy of the schedule.

First, it was film noir. Now we are taking a deep dive into the world of cinematic comedy.

With younger people everywhere either back in school or getting very close to going back, now is an excellent time for the intellectually curious among us in the adult set to get in some learning of our own.

Largely due to the success of last year’s Turner Classic Movies and Ball State’s film noir collaboration on the Canvas LMS, we are back at it by taking a look at slapstick comedy.

Part of the homework in the course, titled, TCM Presents Painfully Funny: Exploring Slapstick in the Movies, will require you watch some films – and like last year, TCM is providing the accompanying programming of 56 films dating from 1915-2004; here is a look at the scheduling, which starts on September 6th as part of the TCM Series called Ouch! A Salute to Slapstick.

And best of all folks – it’s FREE. Go at your own pace or challenge yourself and work towards a certificate of completion. Full disclosure – last year I was passionate and enthusiastic about taking the course but life got into the way and I ended up not completing the course, but I relish the opportunity to learn and share a learning experience with a community of equally passionate cineastes.

If you get a chance, you should check it out! 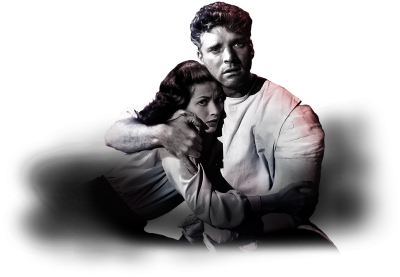