In the opening sequence of Midnight in Paris, we are introduced to the City of Lights via picture-postcard montage. Instead of finding this trite and cliché, quite the opposite happens … what we see is a love letter of sorts to a place that simultaneously inhabits the present, past and most importantly, our own imaginations.

The irony of course is that in a city known for love and romance is that the relationship between the main character Gil (as played by ‘Allen-in-Proxy’ Owen Wilson) and his fiancé Inez (played by Rachel McAdams) is anything BUT romantic. They are a couple with very different worldviews. When we first meet Gil, he is a struggling writer – struggling in the sense that he is a hack Hollywood writer who wants to be taken seriously as a novelist. His hope is that the move to Paris will inspire him, like those literary greats who have come before him – especially those of the Jazz Age, a period of time which he greatly admires. 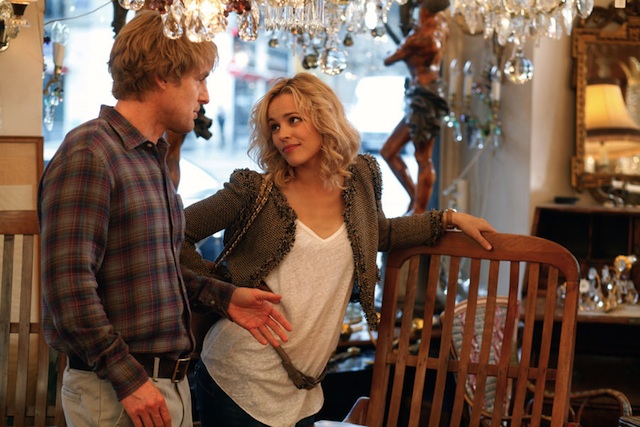 After a night of drinking with Inez and a couple of her friends, he decides to traverse the city on his own; he soon finds himself lost and on the steps of an old church. Suddenly, the bell tolls midnight; this is when the magic begins …

A cab pulls up and Gil is taken away by cab to 1920’s Paris where he meets the Fitzgeralds (Scott and Zelda), Hemingway, Gertrude Stein, Picasso, and Dali among others.

He also finds love in the form of Adriana (portrayed by Marion Cotillard), one of Picasso’s muses. 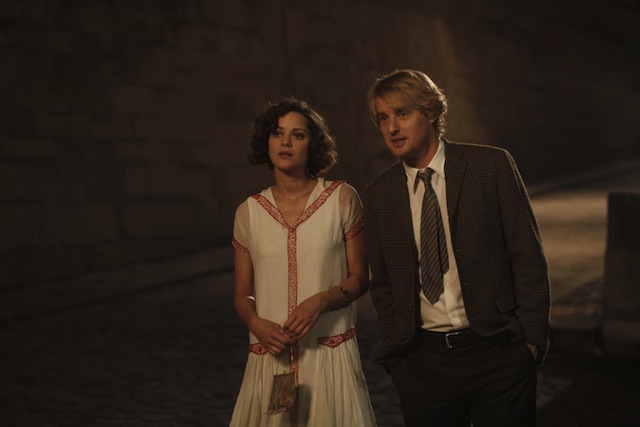 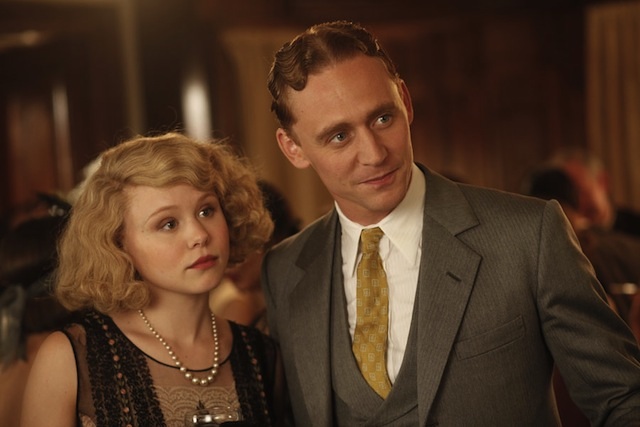 This leaves Gil in an interesting predicament- torn between his present life and staying in the past. It basically seems that as his life in the ‘past’ is gaining momentum, his present life is falling to pieces. However, with a trip back to Adriana’s “ideal” era (1890s) comes a revelation that leads him to the following epiphany – while there is no harm in looking to the past with a sense of romance and nostalgia, be careful not to inhabit it for the sake of the present. Be sure to relish the here and now – it is the time that matters most.

How this stacks up against Allen’s best work is something that I am not prepared to do. I never considered myself a Woody Allen devotee, having only really discovered him in the latter portion of his career. On balance, the results for me have been mixed at best. In the case of Midnight in Paris, I would say that it probably ranks among one of my favorites during this period of his work. Allen really seemed to capture the spirit of the time.

Among the actors the performances that stood out for me were that of Rachel McAdams and Michael Sheen. It is a credit to their craft that I found them to be so obnoxious. In the case of McAdams’ Inez, one may even wonder how the likes of Gil ended up with her in the first place.

One detail in the film that I found interesting was the introduction of the ‘icons of the Jazz Age.’ At times I felt it was a roll call of sorts … just to be sure the audience knew who they were. This is a minor quibble at best and did not take away from my enjoyment of the film at all.

In the end, Midnight in Paris can be summed up as a beautiful, fantastic trip around a magnificent city.

Midnight in Paris is currently available on DVD and BluRay.