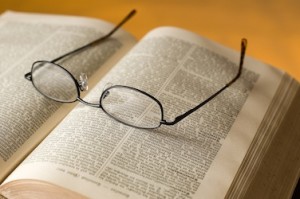 Everyone loves a freebie or a little swag. At this year’s Tribeca Film Festival, I picked up a few things; among them was a copy of City Secrets Movies: The Ultimate Insider’s Guide to Cinema’s Hidden Gems. After sitting on my bookshelf for several months, this morning I decided to throw it in my bag and read it during my morning commute into NYC. Am I glad I made that decision! The editor of the City Secrets series of books (which are primarily travel books) decided to create a special guide to satisfy his quest for what movie to rent. He has gathered a collection of actors, directors, writers, academics, etc. to reveal to him (and us) some of their favorite films both big and small. So far I am only in the B’s of the A-Z guide and it is so much fun! I even enjoy reading about those movies I have already seen (Americanization of Emily stands out early on).

This book is a MUST-HAVE for folks, like me who are will to broaden their cinematic horizons. This is equally relevant as, last week, I declared a “Call to Action” for my readers to participate in a little blogging project I am working on (see previous post). Think of this recommendation as my gift to you in thanks for your recommendations! 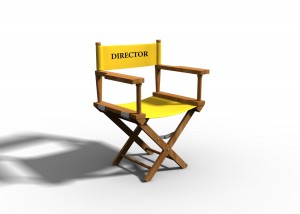 As I have progressed on my cinematic journey, I am always looking to broaden my horizons.

Today I am looking to you all, my blog readers to help me on this mission.

Think of some of your favorite films and post what it is you like about them in the comments field. If I have not seen the film, I will make an effort to watch it and post my reaction to the film here on my blog.

The result of your contribution is being a part of a new series on my blog that I will call Readers’ Recs.

I look forward to your contributions.

We are headed to the final quarter of this year and I decided to take stock of some of best bits from my blog in 2010. I went through everything starting with January and realized that I did see a lot of films but not as many as I saw in 2009.

My first viewing in 2010 was the underwhelming Nine. By the end of January, it picked up pace with weekend back to back viewings of A Single Man and Fish Tank; the main highlight of the latter film had to be seeing Andrea Arnold (director) and Michael Fassbender (one of the leads) in person at the Brooklyn Academy of Music.

The spring did not offer too much in cinema pleasure but I did enter the summer blockbuster season watching Iron Man 2 (which I liked but did not review) – I was too busy preparing for my trip abroad, which included a very exciting trip to the Victoria and Albert Museum to see the fashion exhibit of Grace Kelly. Unfortunately we were not allowed to take photographs at the exhibit I guess you will have to take my word for it 🙂

After some time away to reflect on my recent loss, I shifted back into movie-going mode with viewings of the Sex and the City 2, the A-Team and Inception. I am still wowed by what I saw (Inception). A-Team definitely met my expectations for a summer action flick and Sex and the City – well after seeing it, definitely does not make my list of Great Girlfriend Flicks.

Stay tuned here and find out.