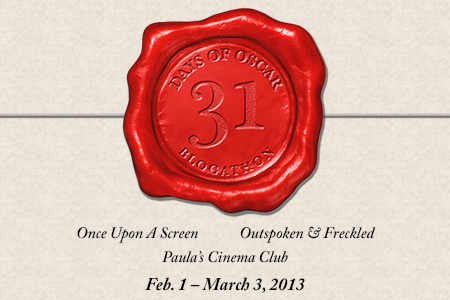 Well it is official – these Oscars were the lowest rated (in the United States anyway) since the new ratings system was put in place in 1974. This is according to an article on the BBC.

I have a few theories in no particular order:

1.     Ambivalence due to the just recent writer’s strike

2.     The independent nature, or I daresay “spirit” of the films nominated

3.     Early talk that predicted many of possible winners were not originally from the USA

5.     When I watched clips from the red carpet I immediately lost interest – I was like there are plenty of actors here tonight, but where are the movie stars?

6.     Many of the female stars are pregnant or just had a kid

7.     There was no Vanity Fair after party – a bit of a shaky point – seeing that many attendees of the annual party usually skipped the formal ceremony

8.     After being out of work all this time, many of the “celebs” were not red-carpet ready

9.     In a contradiction of #4, where were movies that achieved a critical and commercial appeal; “American Gangster” immediately comes to mind.

10.   Maybe with noted exceptions this was just one of those years of polar opposites (?)

(that is all I can think of now)

This comes to a head when one thinks the Academy may be at a tipping point. For years there has been much talk about the politicizing of the nomination and awarding process. With that talk has been the justifiable argument that what SHOULD be awarded is “excellence in filmmaking,” an objective measurement at best. For the first time when you look across all categories, I feel that if that is the objective of the Oscars, then they got it right. But they do it at the peril of holding on to the mainstream audience.

In addition, this highlights (as I do in reason #5 above) demonstrates that there is clearly a difference and being a movie star or idol and a genuine thespian. And what most people want to see at an event like this is star wattage. This in spite of the various questions people asked about “Why is Miley Cyrus/Jessica Alba/Katherine Heigl, etc. at the Oscars?” I guess you can have it both ways but this year it was not that way.

I can wholeheartedly admit that like every year I have not seen all the movies that were nominated. In fact I only saw “Atonement” (which I loved). But in discussions with other fans of cinema that saw any of the nominated films, there was not much of a real desire to, say, go out and catch “There Will be Blood.”

Also complicating the matter is that for studios it will continue to be a win-win; studios currently own the very indy film companies that produced many if not all of the nominated films. This makes the line drawn in the sand between mainstream and indy very hazy indeed.

Overall, from my understanding, those that were recognized did all deserve to be honored; with obviously many omissions. This process is never going to be to everyone’s satisfaction but this year the Academy was rather niche in its choices than in previous years.

As the rest of the industry and film going world tries to figure this one out, I am popping in “Hot Fuzz.”